Eight members turned up to fish the competition with a cold North Easterly wind blowing down the reservoir.  We all fished around the Longstone area and on the sheltered South side it was almost balmy at times when the clouds parted and the spring sunshine warmed us.  Those who braved the more exposed areas caught trout but suffered from the cold water and chilly breeze. 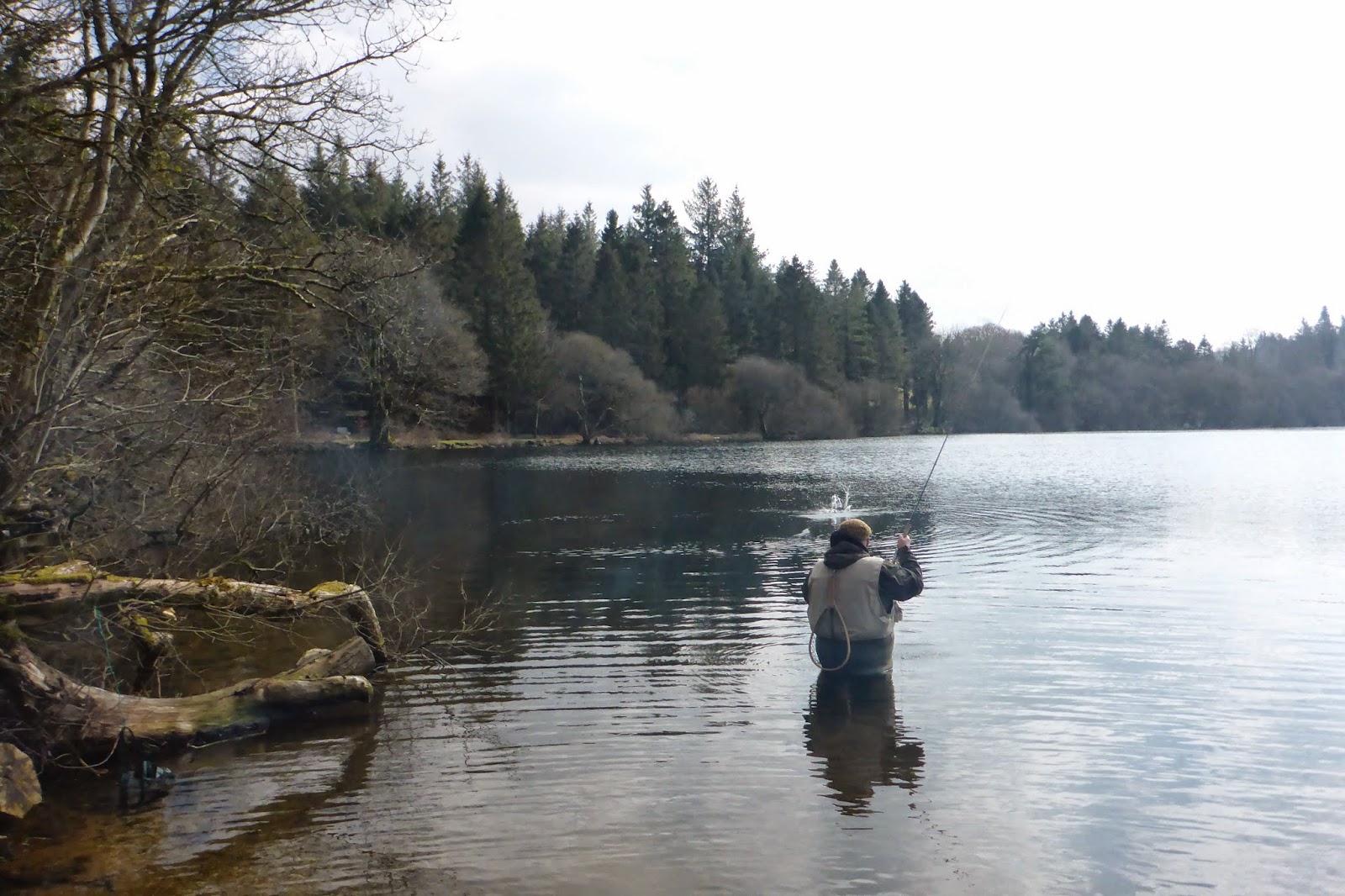 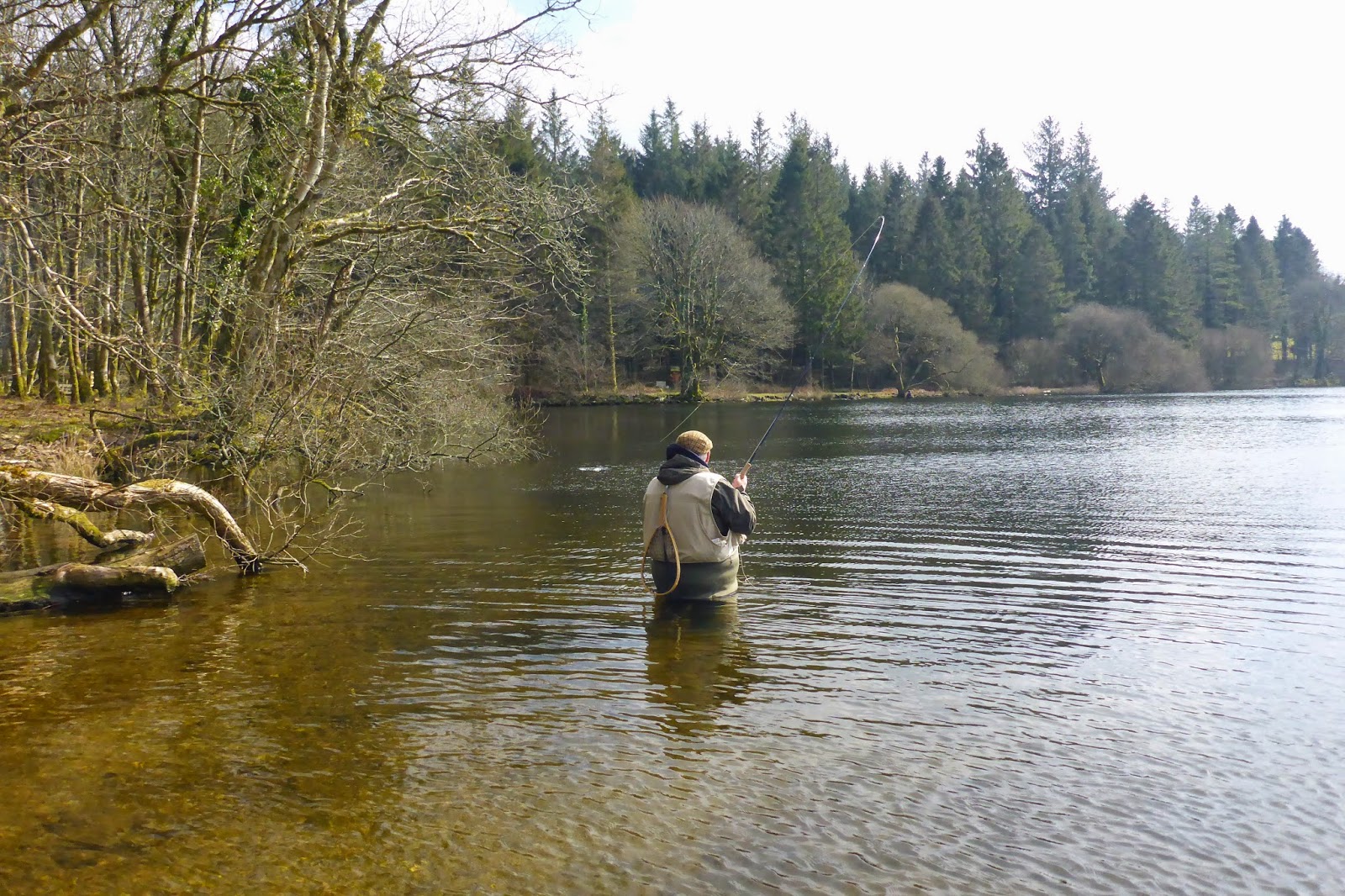 As far as I can tell there were three limit bags of five rainbow or blue trout (any browns being released and not counting for the competition weights) and they were landed by Jon Perry, Tony Hooper, and Pat Power. Jon won with a total bag of 10lb 8oz. Tony was second with 10lb 5oz., and Pat was third with 10lb 2oz. Jon had the best fish of the day at 3lb 6oz. The rest of us were not displeased with our more modest bags.
Posted by Tony Hooper at 20:17 1 comment:

I went to the South West Fly Fair on Saturday. A very good event with great stalls selling tackle and fly tying materials. I managed to spend far too much money, on capes and various bits and pieces. A highlight was watching Charles Jardine tying flies. He demonstrated dubbing techniques and passed on some tips about how to maintain the qualities of dubbing materials when using them, basically by not being too rough with them and not using dubbing wax. He tied a fly that he did not give a name but I really liked the idea behind it, as he said it emphasized the importance of creating translucence in fly tying and the fact that scruffy flies catch more fish, which is just as well as all the flies I tie are scruffy (just like me). The photo is my attempt to recreate the fly he tied, not as good as his, but I quite like it. I tied this using my new HMH vice which I am very pleased with and really recommend. I suppose if it was called anything this fly would be an olive bumble type thing. The recipe is: 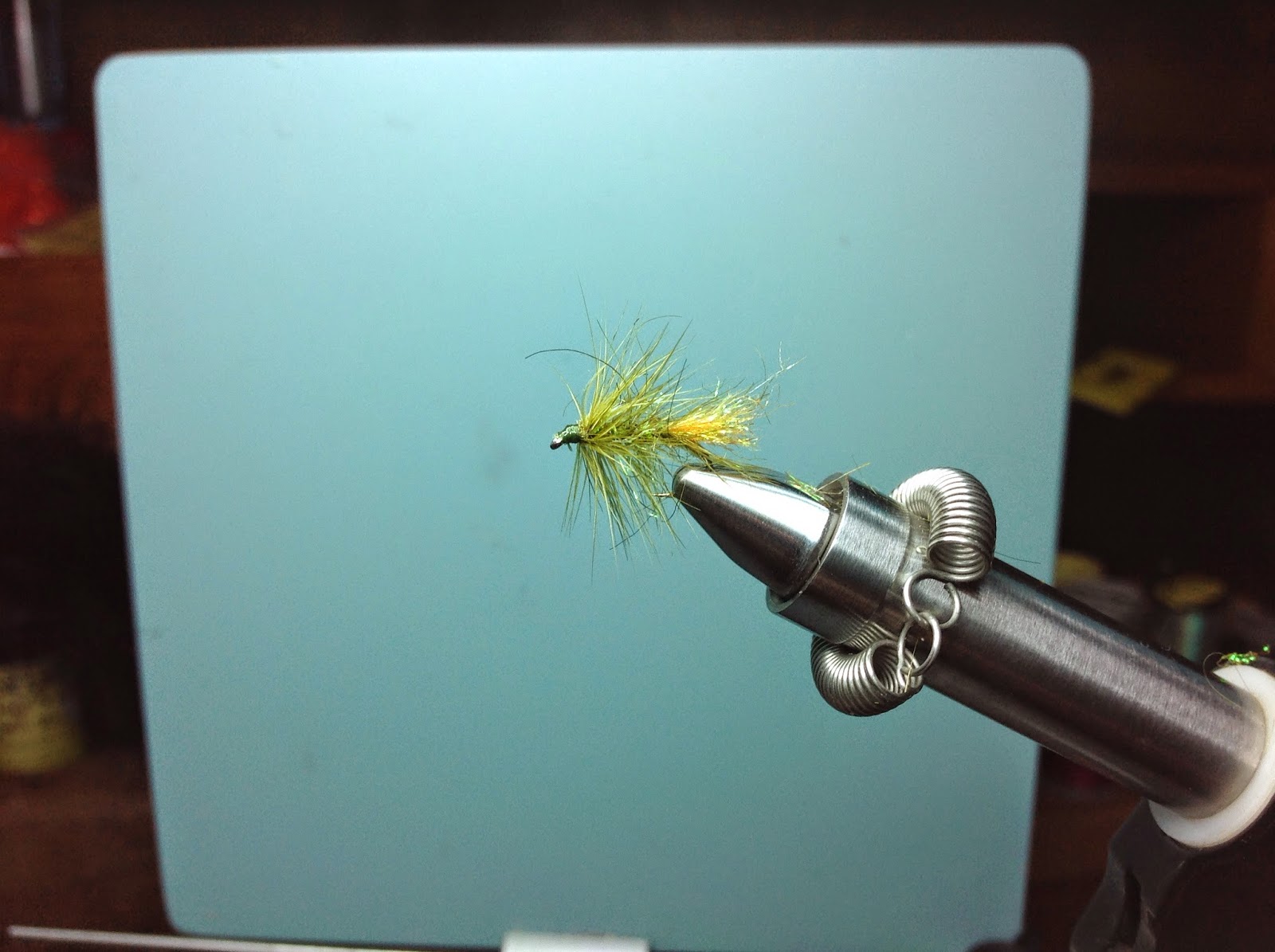