Once again Mike Duckett has produced a list of event and meeting dates which we hope will prove convenient for all and will also provide a variety of fishing venues for members to visit.
The club meeting dates: are all on the second Monday in the month except for December when it is the third Monday. All will start at 7.30pm except the Christmas meal which will start at 6.30pm. The meetings will continue to be at the Travelodge (next to the Jack Rabbit Pub) Derriford. The actual dates are:
11th February
11th March
8th April
13th May
8th July
9th September
14th October
11th November
16th December Christmas meal at Jack Rabbit Pub

Please note that there are no meetings in June and August.

Please note that there is no competition in August but there are two in September.

There will also be a prize (probably a bottle of spirits) for the best fish caught from any venue during 2013.

Any queries about the meetings and fishing events should be directed to Mike Duckett.
Posted by Peter Macconnell at 18:05 No comments:

At the Travelodge, Derriford.

Treasurer’s Report – Tony McCoy provided copies of the final accounts as at 31st December 2012. He reported that we had a closing balance of £132.24. This was a very substantial fall since December 2011. There had been a number of extra expenses for club events and for a new lock at the Burrator gate. He recommended an increase in the Subscription to £12.50 pa. This was agreed by the membership present.

Chairman’s Report – Peter Macconnell said his report was very short and mainly focussed on the relationship that the club has with SWLT. He said that this had improved a lot and the most recent evidence of this was the provisional proposal from SWLT that we have one or two boats on Burrator for 2013. Peter said that he was due to meet with them about this in the next week (16/01/13) to find out more details of this. The membership present was unanimously supportive of the idea and we went through in detail some of the key issues that will have to be sorted out such as insurance cover, buoyancy aids, use of motors, management of monies, etc. Peter will report back at the February meeting.

Fishing Coordinator’s Report – Mike Duckett reported on the success or otherwise of the 2012 events and had produced a draft programme for 2013. Some time was spent making minor modifications to this. Mike will produce an updated version and Peter will post it on the website/blog.

Election of Officers - Linda James agreed to continue as Secretary, Tony McCoy, Mike Duckett, and Peter Macconnell agreed to continue in their roles also. Despite all four of them offering to stand aside for 'new blood' there no other proposals. Consequently all four were thanked for their work so far and re-elected for a further term.

Bank Account – For the last year we have been without an operational bank account. Peter said that now we seem likely to get an influx of members who will come because of the availability of the boat(s), we need to be able to accept cheques from new members. It was agreed that Peter and Tony will open a new account with Lloyds TSB and that they will be the two required signatories.

Burrator Prices for 2013 – SWLT have produced their price structure for 2013. Terry Denley and Peter Macconnell had received copies because they are season ticket holders. They can also be seen online at the SWLT website. In due course there will be the usual booklet. Peter will post the information relevant to us on the website/blog.

Farewell to Frank – Frank Dunlop announced that this would be his last meeting because he and his wife were moving to Lincolnshire early in February so as to be living nearer to his son and daughter-in-law. Everyone wished him well. 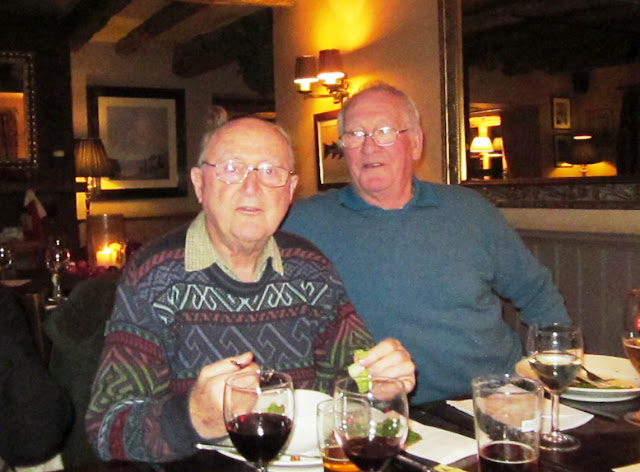 Posted by Peter Macconnell at 17:18 No comments: