This was a very well attended free ticketed event at the Discovery Centre.  Simon Kidd is the Snowbee Sales & Marketing Manager and a well known international angler who competes for England in world fly fishing events.    Due to constraints on space it was necessary to book a place although one or two were unable to make it on the evening.  About 35 anglers came along including members and non-members.The committee had a special new members deal for anglers who signed-up during the evening and we would like to welcome those who took advantage of the offer and are now BFFA members.

It was a beautiful evening for the 7pm start and Simon had set up on the lawn below the Discovery Centre where he told us about a range of new Snowbee products including lines and rods.  He gave us an impressive demonstration of his casting skills - very impressive! - and showed us what could be achieved with well matched gear and  quite a lot of practice.  The new for 2019 Spectre Line and the Prestige G-XS Graphene Fly Rods looked particularly good.

As the light went we adjourned to the Discovery Centre for a ploughman's supper - perhaps that should be an anglers supper - organised by Richard and his helpers.  Simon continued his presentation with a talk about some more of the gear that Snowbee had developed. Simon held everyone's attention for the whole evening and his knowledge of tackle and the angling trade made for a fascinating and informative presentation.

Towards the end of 2018 the Wild Trout Trust carried out a survey of the area at Burrator around Weir Head, the Narrator Brook, River Meavy and Newleycombe Lake.  The survey established that brown trout from the reservoir have difficulty in running up the streams in the autumn to spawn due to silt and other obstructions.

South West Lakes Trust and the Burrator Fly Fishers are keen to improve the situation and encourage trout to spawn where they had historically spawned in the past.  Around 6.30pm 16 members of the BFFA met with West Devon Countryside Warden Sam LeBailly at the Discovery Centre and went around to Weir Head to establish what work was required.

Afterwards, we returned to the Discovery Centre for a BFFA meeting and a pizza supper.  The excellent pizza's were cooked in the Centre's wood fired clay oven.  The oven and the cooking was overseen by Don, Richard, Linda and Kevin.  The oven takes a couple of hours to reach cooking temperature and had been lit earlier in the evening.  It was intended that we walk along the shore to the Lawns and back to assess further winter work but by then the rain was very heavy so that was put off until a later date.

The meeting discussed the work needed around Weir Head which would involve re-instating a flow of water along a silted up stream bed.  The work will include the use of a tracked digger and a powered wheelbarrow that Stuart would supply.

Our  raffle organiser had become soaked through and had decide to return home which meant that there was no evening raffle.

Competition Secretary Bob Prout told the meeting that the winner of the competition held on Thursday 30th May at Fernworthy was Peter Shazell who weighed-in 4 brown trout for 3lb 5oz.  He was presented with the usual bottle of wine.  Stuart also donated a bottle of Plymouth Gin to the winner so Peter was very pleased! A report of the competition can be seen in the previous blog to this one.

The annual Three Fly Competition was due to be held at Burrator on the 14th or 15th of June but this will now take place on Friday 21st June at Burrator starting at 1pm with the weigh-in at 8pm at Longstone. Flies can be collected at Longstone at the start of the comp.

Richard gave us an update on the boats and introduced the club's new Boat Officer Nik Tompkins.  Nik will join the committee.  Richard also said that he was awaiting delivery of a quantity of flies. He then gave us the Treasurer's report.

Don produced a small container that will be used to collect fly line, leaders and spools for recycling.  The container will be kept in the permit room at the Discovery Centre.

It was intended that we hold a quiz during the evening but we seem to run out of time!

The meeting closed at 9pm.

Check out our members only facebook page here:
https://www.facebook.com/BurratorFlyFishers/
Posted by Tony Hooper at 17:35 No comments:

Eight Burrator members met in the anglers-only car park at Fernworthy for a 10am start.  Fernworthy is a brown trout fishery with natural and stocked fish.  The weather was cloudy with a fairly stiff westerly breeze blowing down the lake towards the dam.  The air temperature was about 19C while the water was around 15C.  The reservoir water level was was a little below the dam sill so pretty full.

I walked along the south shore towards the weedy area of Lowton Bay while everyone else fished the shore between the South Bank and the dam.  The westerly wind made casting easier for the right handers from the south bank but a bit tricky castiing into it along Potter's Bank.

At Lowton Bay I put on a Hawthorn Fly as I had seen a few of the terrestrial insects around.  There was not a great deal of fly activity though.  I did see a few sedges but only occasional trout rising in the small chop.  I had several splashes at the dry fly and hooked several more but although quite exciting the fish were small and the four I had would have probably been only just over the 7 inch limit.  I returned them anyway and using barbless hooks made it easy to slip them back into the water.  Some of the brownies were covered in red spots but others looked more like sea trout - just silver with black spots and crosses.  I could not tell which were stocked and which were native, wild brownies.

Around midday I made my way back towards the permit hut where most of the BFFA members were fishing.  Mike and Robert were  in a corner where a small stream entered the reservoir to the east of Boathouse Bay.  Mike had already landed a few and he was clearly fishing in the right spot as he was approaching double figures when we stopped for lunch and a chat  at one of the SW Lakes provided picnic tables.  TonyV had two there and Robert had the best fish of the day at 1lb 5oz narrowly beating PeteP's 1lb 4oz.

Some of us stayed on after the competition and  Don had another four while I had another two,  one  went to 1lb 4oz which I retained. 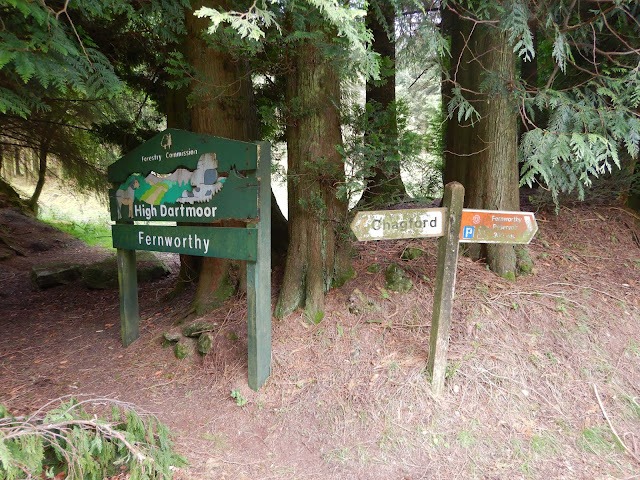 After the gloriously warm 20C weather of a few days ago at the Easter weekend it was a bit of a shock when the forecasters were giving 10-12C and showers for our visit to Innis today.  In the event the southerly wind was definitely cool and gusty but few rain showers came over and in the afternoon it was more sunny at times.  The water temperature was 14C but I did not see any fly life all day and very few trout were seen rising.

Martin Winch collected our ticket monies and told us that Carbis Lake had been re-stocked the previous day.  Eight Burrator club members were fishing the competition and at the 10am start we were spread around Carbis.  At lunchtime owner Dave Johns arrived with our pasty order - what service! For those connoisseurs of traditional Cornish Pasties these were made by Pearce's Butchers in St Austell.

Don & I began by fishing the left bank of the lake (looking down from the car park) while the others were along the opposite bank.  The gusty wind increased and it became more difficult casting directly into it so eventually everyone was fishing the same shore with the wind at our backs. Peter had his three fish limit by lunchtime and I think most trout were taken earlier in the day although four of us still worked hard for our blanks! 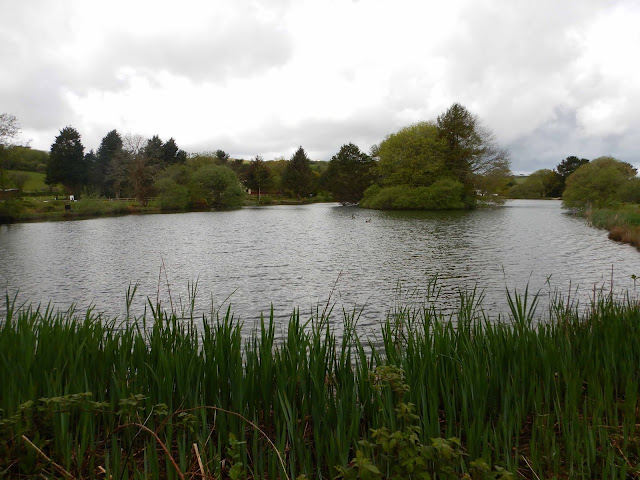 A cool but fine morning greeted the 8 members who arrived for the competition. Bob and Kevin began fishing the Discovery Centre shore but found the cold wind made life difficult and later joined everyone else at the more sheltered Longstone Peninsula.

The day remained fine and sunny with a mostly light wind blowing down the lake from the north east although later in the afternoon there was a bit more east in it . As usual I took the water temperature which was 10C with an air temperature of 9C at 10am.

The recent stocking of the lake was evident in the number of trout netted and the amount of trout activity on and just below the surface during most of the day.  It was good to see so many fish over three pounds and the excellent quality of of trout supplied by Milemead Fisheries.  Anthony netted and returned the one brown trout that came to a fly during the competition.  We did note the shell remains of an invasive North American Signal Crayfish on the bank.

Kevin  won the competition and a bottle of wine with five trout weighing a total of 12lb 6oz.

Eight members arrived at Siblyback for the 10am start.  We were greeted with a cool northerly breeze blowing down the lake.  I had not fished at Siblyback for some years and the sailing dinghies, kayaks & windsurfers that had previously used the water had apparently moved to Roadford.  There were still plenty of walkers and dogs around the shoreline, though!

Milemead had re-stocked with rainbows & blues on the previous Wednesday.  The air temperature was 10C and the water temp the same.  It became more sunny during the day with lots of buzzers about.  I fished the east shore but did not see many fish moving.  Some of our group headed up to the Marsh area at the north end of the lake which turned out to be a good decision as plenty of fish were landed there by BFFA competitors and local anglers.

The weigh-in was at the permit hut and Mike Ellis was declared the winner with a five fish bag weighing 9lb.  Runner up was Nik Tomkins with five fish for 7lb.  Mike won the bottle of malt whisky and the bottle of wine.